Why do people Invest in precious metals using Metex?

METEX brings you metal investments at a click of buton. Why metals?

Gold and silver have been used as money across much of the world for thousands of years. This is because they are chemically unique, physically rare, and easily malleable, . While they can be quite volatile, they historically store wealth very well over the long-term.

Benefits: Precious metals have no credit risk, maintain their global purchasing power over the long-term in the face of inflation or currency devaluation . Low correlation with stocks, bonds, or real estate.

Which are the top precious metals

Investment in Goldmine through Goldfinx provides a long term view on gold . It has  potential to accumulate a multiple of initial investment.

People who have a short term view on gold can also for PAXG .

Youhodler provided 8% interest on gold. Hence even if gold gives a 5 6% IRR in next 2-3 years you still end  up making 15% IRR on your investment.

Investment in other Preciouos metals?

It is a shiny white metal in the same group as platinum, along with ruthenium, rhodium, osmium, and iridium.

The majority of the world’s palladium comes from Russia and South Africa. Most of it is extracted as a byproduct in the mining of other metals, usually platinum and nickel.

Its key commercial use is as a critical component in catalytic converters . It’s a part of a car’s exhaust system that controls emissions – found mainly in petrol and hybrid vehicles.

The vast majority of palladium, more than 80%, is used in these devices that turn toxic gases, such as carbon monoxide, and nitrogen dioxide, into less harmful nitrogen, carbon dioxide, and water vapour.

Nearly identical to the untrained eye, platinum and palladium are like peas in a pod. They have similar make-ups, meaning they react in similar ways to other elements — in fact, they are often interchangeable in industry. The primary differences are that platinum is far denser, less naturally abundant and usually more costly. Palladium is more common in industrial uses due to its similarity to platinum at a normally lower price point. Both platinum and palladium are common in the jewelry industry due to the appealing white aesthetic. Both metals are hypoallergenic, meaning their non-porous surfaces are unlikely to collect bacteria or react poorly with human skin, making them ideal for wedding rings and other jewelry.

Why is it getting more expensive?

Supply hasn’t responded to growing demand. Usage is increasing as governments, especially China, tighten regulations to crack down on pollution from vehicles, forcing automakers to increase the amount of precious metal they use. In Europe, consumers bought fewer diesel cars, which mostly use platinum, and instead chose gasoline-powered vehicles, which use palladium, following revelations that makers of diesel cars cheated on emissions tests.

Is palladium/platinum usually this volatile?

Yes, and not just palladium/platinum. Precious metals used in small quantities by the auto industry have a history of price spikes when demand outstrips supply. In the decade following 1998, platinum soared more than 500% as a shortage caught the attention of speculative buyers. Rhodium rallied more than 4,000% over a similar period before carmakers found ways to use less. Palladium itself jumped nine-fold from its lows in 1996 to a peak in 2001.

But soon automakers switched to the cheaper palladium for catalytic converters.Also the global financial crisis hit markets in October 2008, the demand for, and therefore the price of, platinum fell to a low at $762 per ounce — a decline of over 67% in a little over half a year.

The price of platinum rebounded to just under the $1,920 level in 2011, the year that gold rose to its record high.

From there, platinum fell back again to its lowest level since 2003 before staging a comeback and showing some momentum in 2019 to approach the $950 level.

Now the situation is the reverse, with palladium trading at substantial and surprising premiums to both gold and platinum.

Investors have been frustrated by the platinum price stubbornly lagging the palladium price for years now.

You would think that the economic fundamentals would drive automakers and other industrial users to shift to cheaper platinum, but that has not yet happened.

So far, automakers have not switched back to the much cheaper platinum . It’s probably because it takes years to adjust and redesign the automobile production process to enable the transition.

This could change if platinum remains significantly cheaper than palladium for the next few years. Then a one-time expense to redesign the production process could be worthwhile and economic.

In March 2019, according to the Financial Times, the chief executive officer of Anglo American , Mark Cutifani, one of the largest palladium producers, said:

“It is a bubble but . . . as new models get developed in the auto industry, adjustments will take place and maybe there will be some substitution there. Palladium will stick around these sorts of levels for a while because the cost of changing is probably not worth the change. But over time it will change and platinum will come roaring back.”

Also, the average global cost of palladium production is around $750 an ounce with the price of palladium currently over twice that figure.

Can platinum be the underrated investment of 2020??

So while the current palladium supply is extremely tight and investors may make additional profits by investing in this precious metal, I believe the smart play is to invest in both palladium and platinum.

Investors should lean towards platinum due to its significant discount to both gold and palladium.

The increasing likelihood that it will be substituted for palladium in industry, and the increasing political and industrial labor strike risk in South Africa where most of it comes from, are also investment factors to consider

In addition, consumption of platinum in fuel cells is expected to see another year of double-digit gains in 2020

How to Invest using Metex??

METEX is an Australian registered company who has successfully tokenized precious metals leveraging the Ethereum blockchain. Each METEX token is a full reserve token meaning it’s 100% backed by metals stored within secure vaults in Australia. 1:1 ratio is always maintained for user peace of mind.Frequent audits are done. METEX aims to democratize the access and trade of metals starting with Platinum and Palladium.

In addition to the tokenization of metals, METEX has developed an online exchange to facilitate the global trade of blockchain based metal tokens. The METEX Exchange is a peer to peer online trading platform allowing users to buy and sell tokenized metals in exchange for crypto currencies such as Bitcoin and USD Tether. The METEX Exchange has launched in July 2020 with 4 metal tokens listings. These include two METEX tokens (Platinum and Palladium) along side tokenized Gold and Silver . The METEX Exchange plans to expand listings over time and to include metals tokens from other companies all around the world.

You can simply buy any sized quantity of metal tokens using Tether oR Bitcoin or Ethereum even as low as 10 Dollar.

Use the link to register and get 4 gram of Silver token to test :METEX 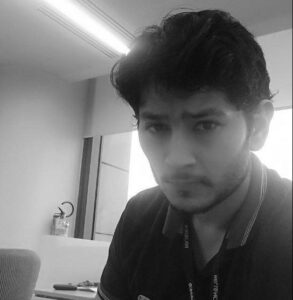 You can read more about him on the ‘About’ page OR reach out to him on investment@randomdimes.com for free consultation and guidance on alternative and crypto investments.