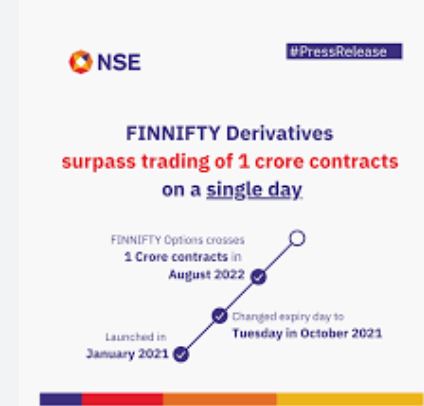 Nifty Financial Services Index or FINNIFTY as the ticker for the derivatives trading for the same is called as, is one of the many sectoral indexes in the NSE consortium. The Nifty  Financial Services Index is designed to reflect the behavior and performance of the Indian financial market which includes banks, financial institutions, housing finance, insurance companies, and other financial services companies. Unlike Nifty Bank, Nifty Financial services try to encapsulate all the companies under the BFSI (Banking, Financial Services, and Insurance companies) umbrella In order to be eligible for FINNIFTY, companies should be included in  Nifty 500. These in fact tell us a lot about the economic development and smooth functioning of the economy and thus also the economic health of the country.

The Base Date and Base Value for the index are 1st January 2004 and 1000 points respectively, It is currently at 19,249 points indicating a Holding Period Return of 19.25 times since inception some 18 years back. 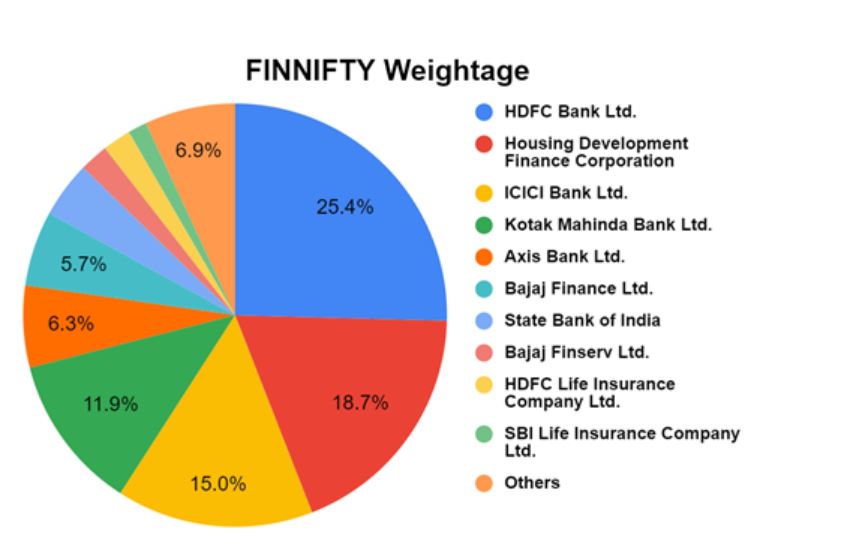 NIFTY Financial Services Index is computed using the free float market capitalization method, wherein the level of the index reflects the total free float market value of all the stocks in the  index relative to a particular base market capitalization value, the same capitalization method as used by Nifty Bank as well as the other indexes in the NSE universe.
The Index is rebalanced semi-annually on 31st January and 31st July every year wherein stocks are included and excluded and newer weightage is given if necessary. The index is compromised of 20 stocks or constituents having the names of all of the big banks and other financial institutions’ names in it namely – HDFC bank with the highest weightage at  22.12%, ICICI Bank with a weightage of 20.75%, and HDFC with a weightage of 15.26%  compromising of the top 3 constituents on the basis of weightage for the month ending on November 2022.

Top Banks such as Kotak Mahindra Bank, Axis Bank, and SBI bank also finds its name on the list along with NBFCs such as Bajaj Finserv and Bajaj Finance as well as insurance companies such as SBI Life Insurance and Hdfc Life Insurance. Banks have a total Weightage of around  63%, Housing Finance of around 17.5%, and NBFCs of around 8% the same as Insurance while the rest come under others.

Introduction of FINNIFTY as well as its comparison with BANKNIFTY 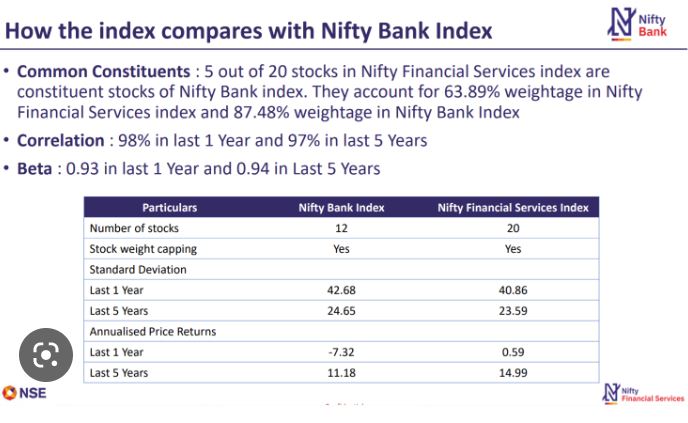 How to Invest in the FINNIFTY Index

So far the FINNIFTY index has performed very well. With more diversified exposure to different sectors of the Indian economy, it provides more opportunities to investors. With better diversification, lesser volatility, and greater returns than the Bank Nifty, FINNIFTY’s performance has been promising so far and is drawing more investors and traders to the NSE.

Investors cannot buy the index directly. However, they can invest via mutual fund schemes in funds that possess a weightage that is equal to and reflects FINNIFTY’s results. In order to be able to purchase FINNIFTY as an index, investors will have to buy the entirety of the 20 stock constitution in the correspondent weightage as mentioned. Such as through fund houses that have Nifty Financial services ETF available such –

Traders can trade the FINNIFTY index which has both weekly and monthly futures and options expiries on Tuesdays, for smaller timeframes than ETF investors. Although marred with criticism about its very small attraction which leads to usually very dynamic and high spike trades as compared to the Banknifty options. It is also according to an independent study concluded that the FINNIFTY options Volume is 25 times smaller than the BANKNIFTY options on a contract value basis. Traders are always advised to use caution and use stop loss limit orders.

The Nifty Financial Services Index represented also as FINNIFTY has proved to be an interesting investment option for investors, both due to its historical performance as well as futuristic growth projections, it should see more inflows and greater traction very soon from investors and the trading instrument for the same having extremely shallow options chains does have a future of growing and becoming a more regulated index. The Stock exchange has time over time shown a lot of effort being put into the promotion of this index and future investing and trading in this counter is bound to grow

I am a finance enthusiast who enjoys exploring innovative asset classes and platforms. He has a professional experience of 13+ years working with multinational financial companies in derivative trading strategies, portfolio construction, derivative overlays, and quantitative tax optimization.

You can read more about him on the ‘About’ page